Join us for the Featured Webinar Series: 2021 Navigating the Pandemic. Webinars will be hosted quarterly via Zoom.

Registration is closed for this Webinar.

During this session, our guest speakers, Dr. Ann McCampbell, Susan Molloy and Cyndi Norwitz  discussed: Including People who have Environmental Sensitivities in Emergency and Disaster Preparedness.

To access the ASL Interpreter please click on the Speaker Icon located at the bottom right of the screen from within the Webinar.

As pictured below, the button looks like a large square with three smaller squares on top of it: 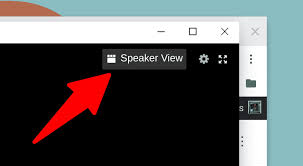 Including People who have Environmental Sensitivities in Emergency and Disaster Preparedness

Ann McCampbell, MD is an environmental health consultant and co-Chair of the Multiple Chemical Sensitivities (MCS) Task Force of New Mexico.  She is also a member of the advisory Board of HEAL of Southern Arizona.  She currently provides phone consultations and medical legal work for people with MCS and other environmental sensitivities.

Dr. McCampbell graduated from UCLA medical school in 1978 and worked in the field of women’s health until she developed severe MCS in 1989.  She moved to NM in 1993 where she co-founded The Healthy Housing Coalition. In 1996, she organized a Town Hall Meeting on MCS for the NM Committee on Concerns of the Handicapped.  She contributed to the creation of the federal Access Board’s 2005 Indoor Environmental Policy Report.  This report makes recommendations for how to accommodate individuals with chemical and electromagnetic sensitivities in public buildings.  She is also the author of an introductory booklet on MCS and an article “MCS Under Siege” that details the chemical industry’s efforts to suppress the recognition of this disability.  More information about Dr. McCampbell can be found at www.AnnMcCampbellMD.com.

Susan Molloy’s chemical, electrical, food, mold, and other hypersensitivities became completely disabling by 1981. After several years of recovery, she cofounded the Environmental Health Network in the San Francisco Bay Area and edited the newsletter, The Reactor, for eleven years. She holds a masters degree in Disability Policy from the Department of Urban Studies/Public Administration at San Francisco State University. She has lived for 30 years in the high desert of Arizona in a neighborhood among twenty five households of people with environmental sensitivities, and is in partial remission. Susan assisted in development of the U.S. Access Board’s 2005 “Indoor Environmental Quality” report, which recommends measures to make public facilities accessible to people with environmental hypersensitivities. She participated in establishing the only two publicly-funded low-income environmentally safe(r) rental projects in the U.S., and currently serves on the Board of the Canary Co-op house in NY State. Susan participates in several statewide and national disability coalitions, now including her second term on Arizona Statewide Independent Living Council.

Cyndi Norwitz founded Immune—the very first internet support group for chemical sensitivity, fibromyalgia, or chronic fatigue syndrome—in 1990, which continues strong to this day.  Cyndi is also active in the Environmental Health Network and serves as Vice President of the Board.  She is the founder of the Disability Caucus of the United States Green Party.  Her works include an extensive website she created in 2001 in response to 9/11, “The Toxic Aftermath: Facts and Protection for Rescue Workers and Residents,” and a 2005 website, “Resources for People with Disabilities Displaced by Hurricane Katrina.” Cyndi has a Bachelors degree in Speech Language Pathology and Audiology from Northeastern University, and a Masters in Communication from UCSD. She lives in Sonoma County, California.